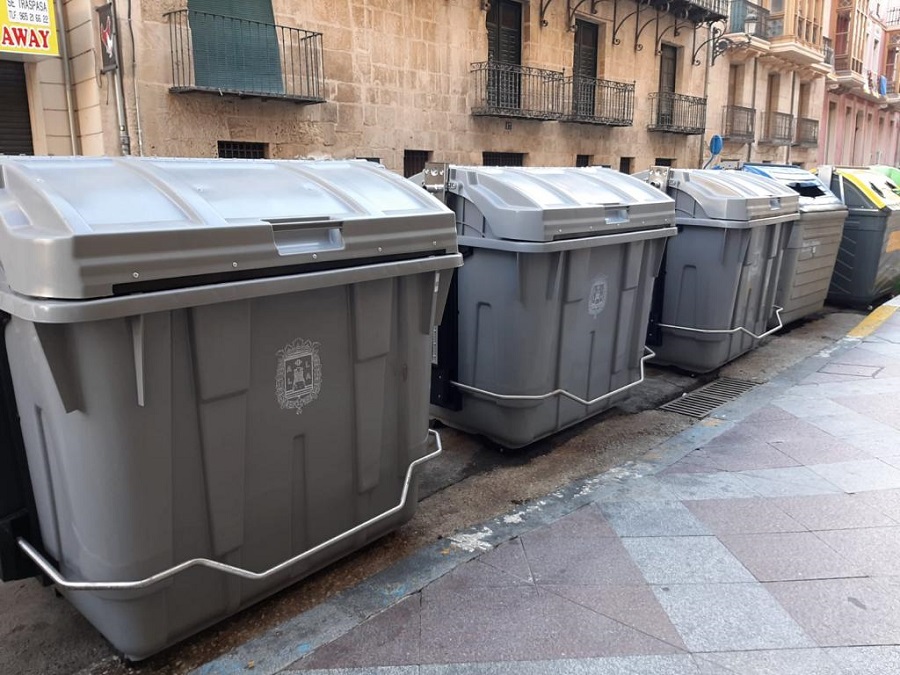 Alicante replaces 1,100 containers in the city

Replacing containers is one of the improvements made to the city’s cleaning & waste contract.

Alicante City Council’s Road Cleaning & Waste Councillor, Manuel Villar, has announced that about 400 urban waste containers were replaced in August, and that by September this figure will have risen to 1,100, meaning a total investment of around 700,000 Euros.

The containers are of the 2400 D RSU type, equipped with a pedal for the remaining fraction, with a grey body and lid. The City Council’s Coat of Arms is heat-printed on the front.

Villar has explained that « container replacement is one of the improvements made to the city’s cleaning & waste contract and that it is going to enable the Council to replace the devices that are in the poorest state of repair with others that are not as conspicuous ». Alicante is equipped with approximately 6,000 containers for waste disposal, which are grey, for organic waste, and either yellow or blue, for the selective disposal of packaging and cardboard, respectively.