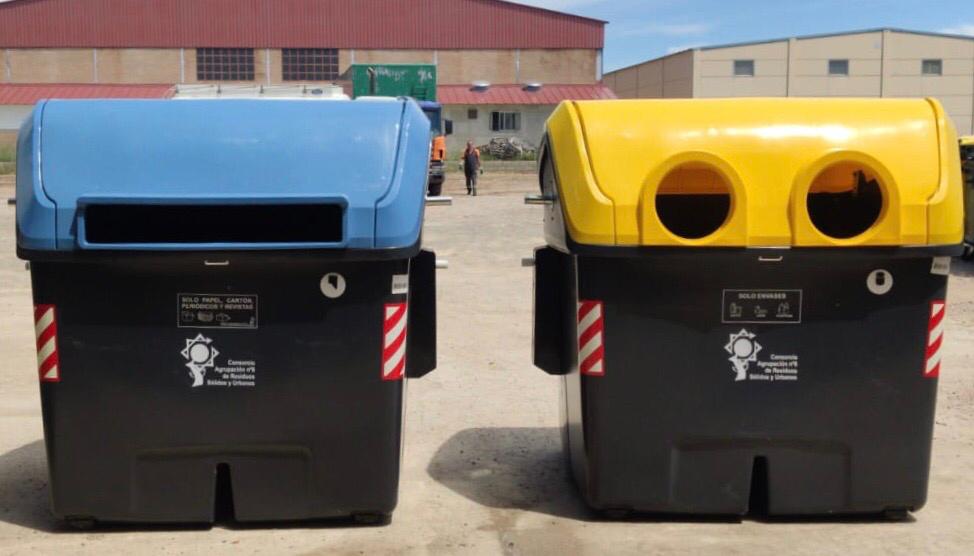 The project for improving the paper, cardboard and plastic collection service put into operation by Consortium No. 8 commenced in the capital of the province, but it also took place almost at the same time in the rest of the boroughs that form part of the Province of Teruel. This Body is responsible for waste management in 5 of the 10 districts into which the Province of Teruel is divided, which amounts to approximately half the surface area.

The new containers that are going to be erected in the capital are of two kinds: 313 units of the asymmetrical model, side-loading containers with a capacity of 3,200 litres; and a further 35 rear-loading units with a capacity of 1,100 litres, the latter ones being erected in the old quarter of the city. The streets are so narrow in that zone that side-loading vehicles cannot enter, so the lorries responsible for collecting the recyclable material in that neighbourhood will be of the rear-loading type.

“This new service means replacing all the containers in the capital and increasing their number, but, above all, it means increasing the number of collections per week from 1 to 2” states the Mayor of Teruel, Emma Buj.

In the rest of the regions that make up the borough, the consortium has chosen the 1,100 litre rear-loading model with the flat lid. A total of 4,178 units of this model are going to be supplied and erected in the region.